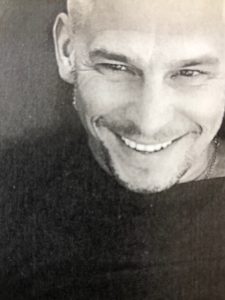 Some moments I will never forget my life: On Friday evening, May 9, 2019 at about 8 p.m., when the news reached me at the Munich “Brenner’s Bar” via Whatsapp, my highly esteemed friend Stefan Kasserra (* December 30, 1972 – ✝︎ May 9, 2019), who had become close over the years, was killed in an afternoon accident.

We met in 2010 at the legendary “e-Monday” series of events, which he had launched together with Claus. We always had to smile when Stefan told us later how hard he found the first gigs with a microphone. Because I had never noticed that. Since we were both interested in electric mobility in particular and in exciting start-up topics in general, it was no coincidence that our paths crossed again and again.

Last but not least, the “e-Monday” was also the model for me and Balis co-founder Dr. Robert Redweik to set up the Munich Angel Stammtisch in 2011. Stefan has been a regular participant in this event for the past few years. In the meantime I remember with melancholy that Stefan arranged many contacts for the teams introducing themselves and always upgraded the round with interesting and profound questions.

I appreciated the frequent inspiring exchange of ideas with Stefan, the discussion of business ideas, philosophical discussions of life, cheerful evenings among friends and long conversations – preferably at Schumann’s – a choice of location, which sometimes led to some headaches the next morning. The article picture above shows the bluebergs, where Stefan loved to hike.

Stefan was a friendly person. A person with ideas, with warmth of heart and with depth. He left much too early. His death made me realize how valuable it is to live and enjoy the now. I think of him often and miss the mutual exchange. My thoughts today are also with his son and his partner Nicole.